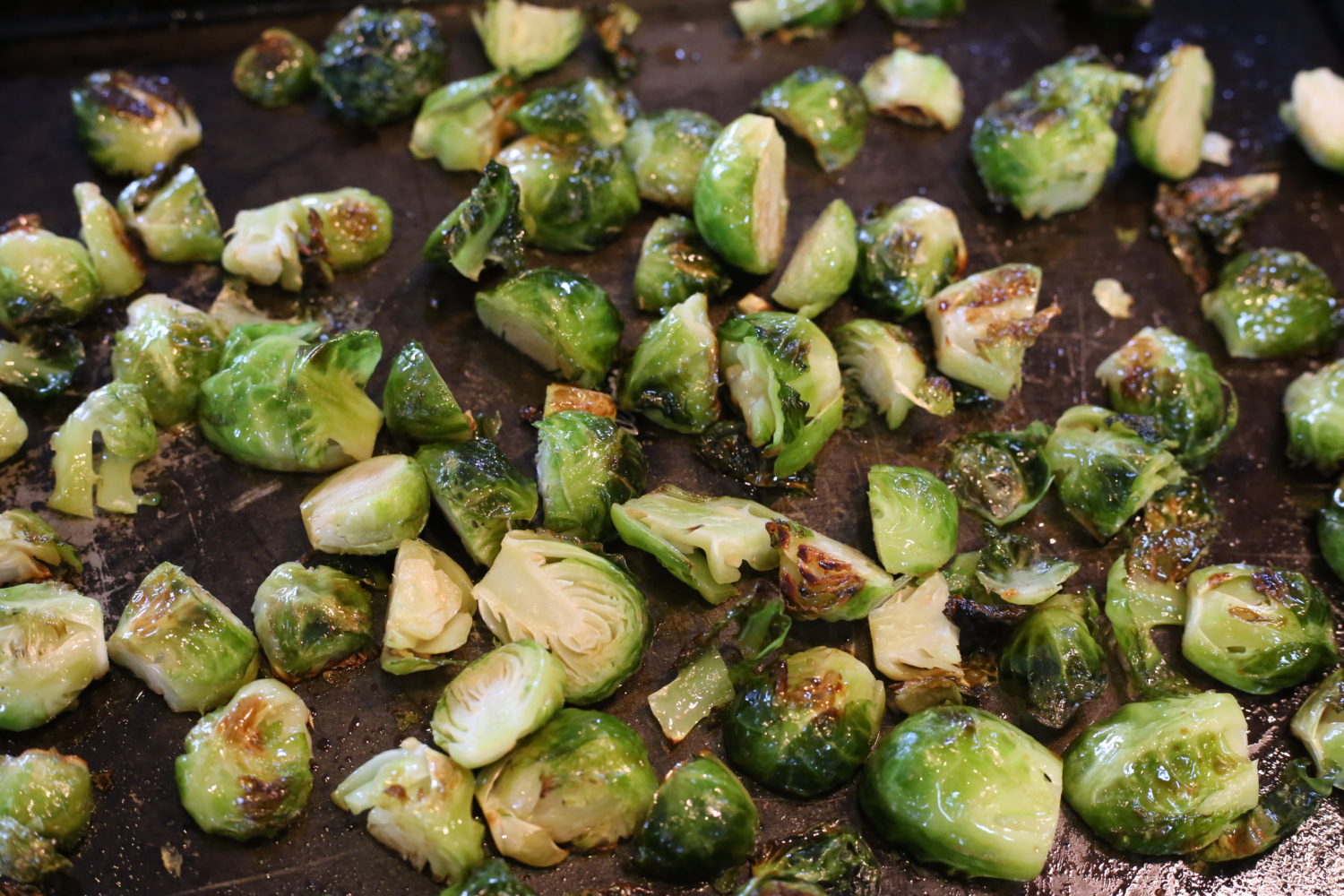 I am a firm believer that when people claim they don’t like this food or that food it’s not that they don’t like that particular food, they just haven’t had it prepared the right way. That being said my family knows that the most dangerous words they can utter are “I don’t like (insert food here). Recently my 9-year-old stepson made the  (dangerous) declaration that he didn’t like Brussels sprouts-challenge accepted!

Brussels sprouts are tiny little nutrition bombs from the cruciferous family. Secondary to only broccoli they contain the highest amount of cancer-fighting glucosinolate phytonutrients.

Brussels sprouts are unique in the combination of glucosinolates that they provide. They contain glucoraphanin, glucobrassicin, sinigrin, and gluconasturtiin in a ratio that provides unique cancer-fighting properties.  The glucosinolates found in Brussels Sprouts also exhibit an anti-inflammatory effect and reduce internal inflammation. They also pack another inflammation-fighting secret weapon, Omega-3 fatty acids. Typically when we think of omega-3’s  our thoughts often go to fatty fish, flax and chia seeds. But just one and a half cups of Brussels sprouts provides 480mg of Alpha Linolic Acid (ALA).

Now that you know all the nutrition that Brussels sprouts offer you can see why it was so important to me to find a way to introduce these little green powerhouses to my family in a way that they would enjoy.   My step-son loves roasted cabbage but when I tried to convince him that Brussels sprouts are really just baby cabbages he wasn’t having any of it.  Lucky for him Aldi’s happened to have Brussels sprouts so I tossed a bag in my cart and started brainstorming how I could prepare them in a way that he would gobble them up.  I decided to start with my go-to vegetable preparation-roasting. Roasting vegetables brings out the natural sugars and leaves the outside crispy yet the inside tender.

To roast Brussels sprouts start by slicing the hard ends off and peeling off any bad leaves. Slice in half and then add the secret ingredient- bacon fat. Yep bacon fat, am I a dietitian you ask?!? Bacon fat or lard is actually about 50% monounsaturated fats and saturated fats, are no longer the enemy that we once thought. Soooo a little bacon fat to get my family to gobble up delicious nutrient packed Brussels sprouts? Yes, I think so! After I tossed the Brussels Sprouts with the bacon fat, I drizzled them with some dark grade A maple syrup, tossed the sprouts on a sheet pan and popped them into a preheated oven for about 20 minutes.

The results?! See for yourself.